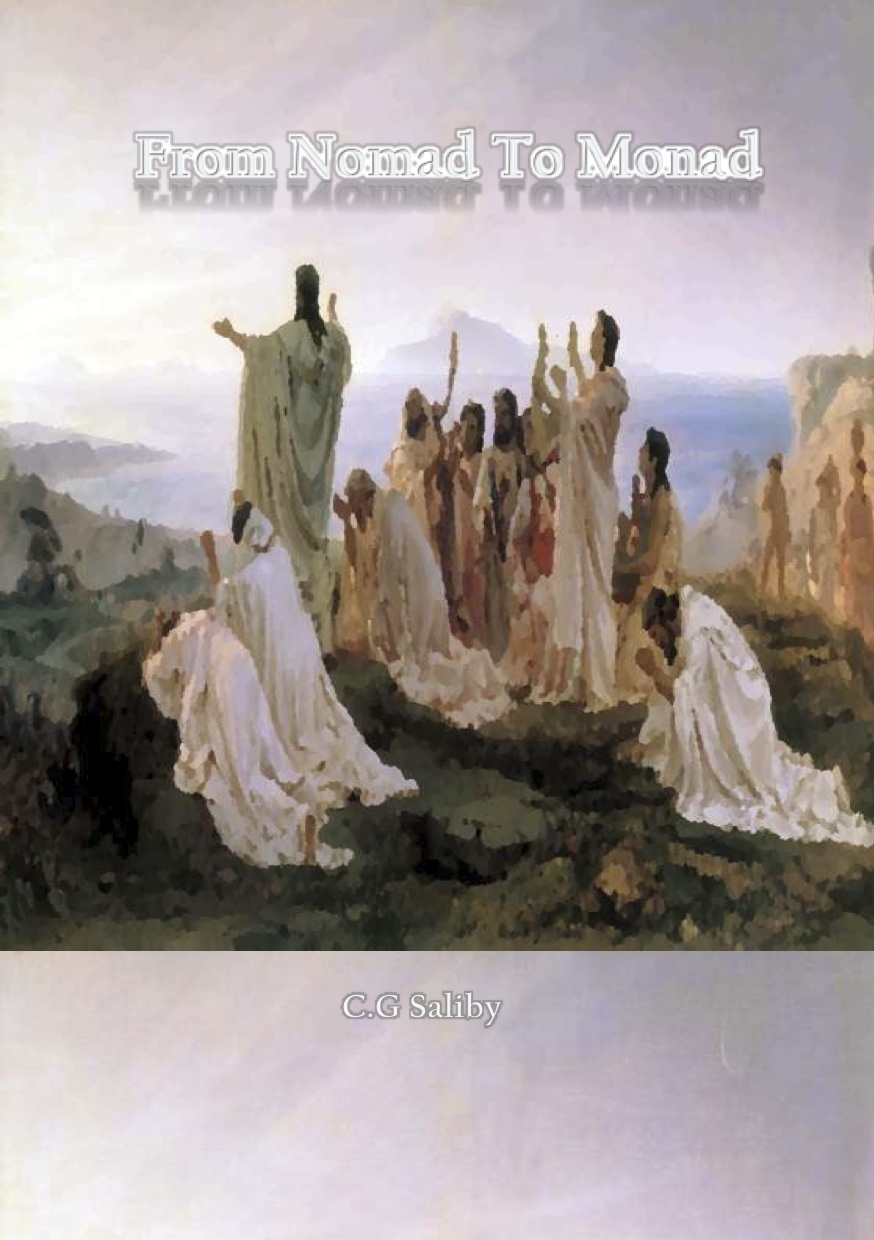 Monad (is Greek for μονάς monas ” unit‖, μόνος monos „alone“), according to the Pythagoreans, Monad was a term for the totality of all beings, being the source or the One meaning without division.

Nomad (is Greek for νομάς, nomas, meaning one roaming about for pasture), or is a member of a community of people who move from one place to another.

It is the attainment of our full potential, become a pure conscious monad, in the most divine of forms, hereafter the name of this book.

This view was inspired by the Pythagoreans, who called the first thing that came into existence a „monad“, which begat the dyad, which begat the point, begetting a line.
Enable to have this line, we must have a dyad and for the form to be created a Triad and so on.